The Breed has just released their second CD called “That Life” and will be appearing at Irish Murphy’s in Salamanca on Wednesday 19th December 2012 to promote this. In their set that commences at 9.00pm, they will feature songs from this album as well as their first CD release “Regeneration”. 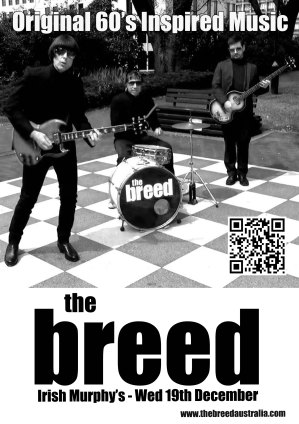